Click above to see a few photos and two short videos from our first two weeks. 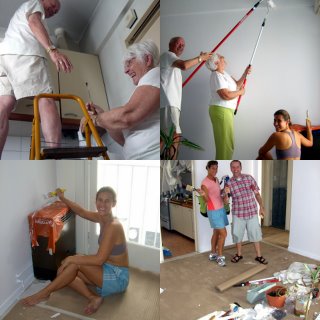 And as you can see in the photos (click to view bigger), we've got some cheap imported labor, in the form of my mom and dad, who are making our transition to Argentina so much easier by bringing their painting, interior decorating and icecream eating skills to bear.

The last three days we've been painting a 440 sq. ft. apartment in downtown Buenos Aires that friends of our are letting us use...rent-free! While we prepare that apartment, another friend has has loaned us her place which is 45 minutes across town. Both places are within walking distance of public transportation, little grocery stores and restaurants.

For both Annette and me it is the first time we've ever lived in a truly urban setting. So here are a few things we've learned so far: 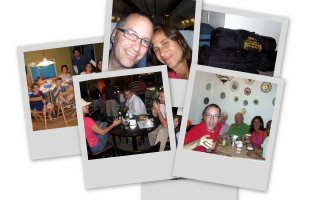 The refrigerator in the apartment we’re renting for our first two months in Buenos Aires had nothing more than condiments so I was surprised by the delicious smell of hot bread wafting out of the kitchen. As I came to the doorway Tim said, “Memo and Janelle have brought over toast and smoothies for us all.” Then looking down at the heavily laden table —the delicious whole wheat bread from a nearby bakery, dulce de leche caramel spread, butter, whipped honey, Nutella, and various fruit jams—Tim exclaimed, “It's so great to arrive and have friends who take such good care of us. It’s like we landed on a cushion of friends.”
Our whole transition has been aided by dozens of people in both countries who have given us their time, their sorting/packing ability, their backs, their storage space and rides to and from the airport to help us relocate.
But why, you might ask as we do, why do we have so much stuff when we left Mexico with pretty much just what fit into the back of our car? Tim has solved the mystery: our stuff had kids. It must have snuck into the closet while we weren’t looking and multiplied.
posted by annette @ 10:49 AM | 0 comments |

One Week till Liftoff 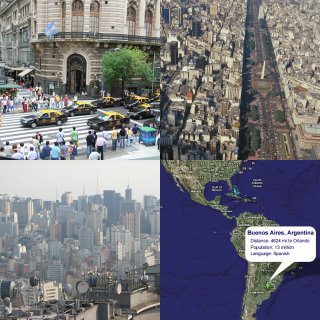 (click the photo to see it larger)
In 7 days - or exactly 147 hours from now - Annette and I leave for Buenos Aires, Argentina. If you can't remember why we're moving, the short answer is that we were invited - and accepted - to help start a series of accredited youth ministry institutes - the first in Spanish-speaking Latin America.

Please pray for us in this new phase of life and work... it's a huge challenge and way more than we can handle, so God's going to have to do that thing where his strength shows through our weaknesses. 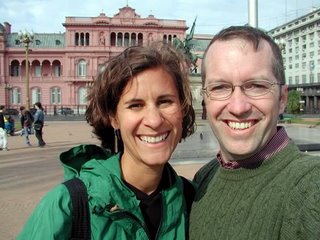